Anne is the founder of Linton Horner Coaching. She coaches all Endurance Sports- Cycling, Triathlon and Running as well as General Fitness. She works with athletes of all ages and abilities, from those striving for improved fitness and health to those wanting to be on the podium. Anne has a special interest in working with athletes returning from injury, women on the spectrum of menopause as well as other masters athletes. With her experience as a physician in multiple medical specialties she is able to assess where her clients are and determine the best course of action. Having gone from being Chief Medical Officer of The Betty Ford Center for Addiction to losing 30 pounds and doing an Ironman, Anne knows what it takes to get the job done. 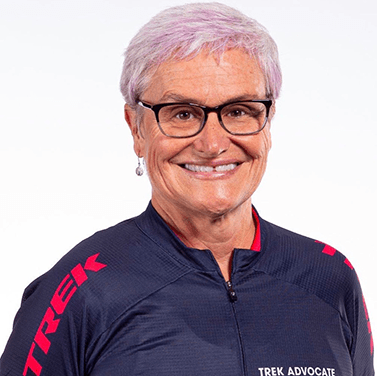 Facebook Twitter Youtube Instagram Linkedin
Anne has worked in various medical settings over her 20-year career as a physician, ranging from Emergency Medicine and Orthopedics, to Psychiatry and Addiction Medicine. She has also participated in everything from Ironman triathlons to endurance mountain bike racing, road racing, and cyclocross.
As someone who returned to racing at an older age, she understands the perspective of a masters level athlete. She has had her fair share of injuries and knows what it is like to rehabilitate one’s body back to a certain fitness level as well as how to prevent future injuries. Having been diagnosed with Hereditary Hemachromatosis in 2015, she also understands what it is like to deal with a chronic medical condition while remaining healthy and active.
An avid athlete all her life, Anne participated in many different sports in high school, was named most athletic, and turned down a basketball scholarship for college to focus on academics. While in medical school she competed in triathlons often times winning her age group.
Over the course of her residency and busy medical career she lost her fitness and had an awakening in 2003 when her young husband nearly died from a genetic medical condition.  She realized life was short so she bought a bike, hired a coach, and began competing in triathlons, losing 30 pounds in the process. After taking a sabbatical and completing Ironman Coeur d’Alene in 2005, she never went back. Having stopped practicing clinical medicine, she instead focused on the study of exercise physiology and helping others to achieve their goals.
In addition to her coaching practice, Anne is on the Board of Directors of Mt Bachelor Sports Education Foundation (MBSEF), is a member of the Medicine of Cycling Group, and is part of the Oregon Bike Racing Association Medical Advisory Committee. She still uses her medical skills by working as a medic at local bike races, and volunteers throughout the community. In 2019, she received the Peter Hanson Memorial Big Chainring Award from the Deschutes County Bicycle and Pedestrian Advisory Committee for her advocacy and volunteer work with women’s cycling in the local community. From 2016-2020, Anne was a Trek Women’s Advocate out of Sunnyside Sports in Bend, OR, where she lead rides and clinics for women cyclists of all abilities and disciplines.  She taught indoor cycling for many years at the Athletic Club of Bend, has volunteered on Nordic Ski Patrol at Mt Bachelor, and writes a training blog for Bicycle Rides Northwest to help folks get ready for their yearly week-long tours. In 2015, Anne traveled to Ecuador as the physician for Athletes Without Limits (intellectually disabled athletes) representing the USA and Australia in the INAS World Championships. Anne has also served as a guide for the Central Oregon 500 since it began in 2011; this consists of 500 miles in five days of five of the best centuries around Central Oregon.
An Ohio (Akron/Cleveland) native Anne is a big fan of Ohio sports and can be seen cheering on her Ohio team from the West Coast. Anne lives with her husband, Tim, and golden retriever, Pixel, in Bend, Oregon where she finds peace and solitude in the mountains. In true PNW fashion, Anne is often referred to by friends as a “coffee snob” as she doesn’t go anywhere without her aero press and her favorite Stumptown coffee.

After a strong athletic background as a child, Anne focused on academics in college, participating in intramural sports and running a few 5 and 10 km road races. In medical school she turned to triathlons, winning her age group on many occasions.

During that research year and for two more years she worked as a Lifeflight Physician as well as working in Urgent Care and Emergency Medicine in the inner city of Cleveland, Ohio.

In 1990, during her general surgery internship, Anne realized she had a problem with alcoholism and went to treatment to address this. Getting sober and maintaining sobriety is one of the foundations of Anne’s life.

As a result of this she decided to switch her career and went back and completed a Psychiatry Residency at The Cleveland Clinic with an interest in Addiction Medicine in 1996.

During her medical career she worked closely with Professional Health Programs (Physicians, Nurses, Pilots, Dentists, Attorneys) all over the country and taught other physicians about Addiction in the US and Canada.

Her busy medical career took a toll on her as she worked her way up the corporate ladder at the expense of her physical and mental well being.

She was at the peak of her career as the first woman Chief Medical Officer at the Betty Ford Center when her young (age 35) husband nearly died from a genetic medical condition.

She decided life was short, took a leave of absence from her medical practice, hired a coach, and began competing in triathlons. Anne was able to lose 30 pounds in the process and stopped practicing clinical medicine, focusing instead on the study of exercise physiology and helping others achieve their goals.

In 2003, after a hiatus from her medical career, Anne gradually started competing in triathlons again. She started with short distance triathlons, with the goal of completing an Ironman. In 2005, she completed Ironman Coeur d’Alene and qualified for the Ironman 70.3 World Championships in her age group in 2007. She was the overall Master’s female champion in the Scoggins Valley Triathlon in September of 2007 in Oregon, and had numerous podium results in her age group along the way. However, a torn ACL when skiing in 1997 had led to knee issues, and Anne ultimately decided that running over the long haul was not good for her.

Anne and her husband moved back to Portland, OR in 2008 and Anne began bike racing at the age of 46. She worked her way up to a Cat 3 road racer, specializing in time trials and criteriums.

She was a member of the Oregon State Team Time Trial Championship team for Elite Women with the Sorella Forte Team in 2010 and as part of a masters Women’s Championship Team in 2009.

She worked up to a Cat 2 cyclocross racer, competing in USAC Nationals as a Masters Racer in 2009.

She added Endurance Mountain biking to her repertoire, having completed the Test of Endurance 50 mile MTB race multiple times and a 6 hour solo MTB Race. She completed the High Cascades 100 twice, finishing 2nd for masters women in 2012. She finished the Leadville Trail 100 MTB Race in 2012.

By 2015, Anne was ready to take coaching from a hobby for a burned out physician to a real job. She put racing on the back burner and focused her energy on coaching. A Head Coach with Wenzel Coaching since 2009, she founded her own company in 2017. Then in 2019, she joined forces with Chris Horner to form Linton Horner Coaching. She has helped many women transform from beginners to accomplished cyclists and triathletes. She has been coaching her 80-year old mother for the past ten years, who has run multiple half-marathons!