Cody Peterson has been on or around a bike since he can remember. From a childhood obsession to elite collegiate racing to pro MTB and short track circuit competing, cycling has always been a part of life. He has raced in all disciplines but his specialties lie in mountain bike, cyclocross, and in working with Masters athletes. Cody has a special knack for teaching cyclocross and MTB skills, as well as gravel racing. He works with athletes of all levels, from those wanting to be on the podium to those masters who want to increase their general fitness.

2000
collegiate road nats 2nd RR, 4th Crit, 1st TTT 2000
2001
Worlds 2001
2001 2nd U23 overall for Nats
2002
Cat 1 2002
Pro MTB racing full US circuit 2000-2008
Heartbrake 2nd at collegiate mtb nats 2002 to Tom Danielson
2005
4th Elite STXC champs 2005
best world cup finish 22nd in 2005
MTB XC masters championship 2016
2006
Raced in Europe 2006
2008
3rd Sea Otter STXC 2008
2016
Won masters XC nationals 35-39
2021
2nd at the USAC National Championship XC MTB
Multiple collegiate national championships team in TTT, road and MTB
Endurance MBT: High Cascades 100 4 times, placed in top 5 each time
24hour MTB races
“I have to admit that I have a problem—a cycling problem.  I have been suffering from this affliction since childhood. It started out innocently enough: when I was very young, growing up in Sun Valley, Idaho, I loved riding in the child seat of my parents’ bike. As the years passed, it became a love for the sense of freedom that a bike brings, and a new-found mode of transportation.  My true obsession first started to show itself when we were living just a few too many miles out of town and I tried (some would say failed) to ride my bike to school—a distance decidedly too far for a child of my age! The signs continued into my teenage years, when I would use my bike to tow a lawn mower twelve miles up the road to the next town to make some extra money. As a teenager I joined the ski team, and it was then, during dry land training, that I truly discovered mountain bike riding. This led to my first bike shop job, which ended up being the gateway to my first race. I came in last, or at least really close to it…but I was hooked. It has all been downhill since then!
From there on out, there really was only one place to go and that was to college as a racer.  I went to Fort Lewis College, located in a place where bike racing was a really large part of the community: Durango. As part of the cycling team, I basically got a degree in bike racing. (And one in business administration, but who really cares about that one?)  During my time in Durango, I was really thrown into the deep end of US cycling culture.  I learned to road race, received personal skills training from The Captain himself (Ned Overend), had sparring matches with someone who would later crack the top 10 in the Tour, and got my pro license on the dirt and my 1 license on the pavement.
Over the years, I have participated in all sorts of events and disciplines, including National Championships, World Championships, and World Cup mountain bike races in the US, Canada, Spain, Scotland and Belgium.  My “serious” racing ended with a thud in 2008—specifically, while coaching a Jr. Clinic at some dirt jumps, a slipped chain resulted in a crash that left me with a torn ACL and a serious head injury. Recovery from this head injury took years; however, since that crash, I have been able to rediscover my competitive love for the sport, but at a level that is fully for fun. I think I will always be in recovery from a serious obsession with Ultra Endurance mountain bike racing!
Since those great days, I have not forgotten about the bike and it still is a part of my life, and I have every bit of as much love for riding as I did as a child. I am in love with many facets of the sport, including coaching!  I began coaching the Durango High School team back in 2002 and have enjoyed coaching and watching riders grow since then.  I have coached a few Juniors and U23 riders to pro and have helped many older athletes achieve their personal cycling goals.  I am also way into new bike tech, bike fitting, bike maintenance, watching bike races, and talking about silly things like watts and such.  The goal is to find what makes you tick and use that as the platform to help you get to where you want to go.  Everyone is different and everyone is special; everyone has a different path and a destination they want to get to.  I would love the opportunity to talk to you about the path you are on.” 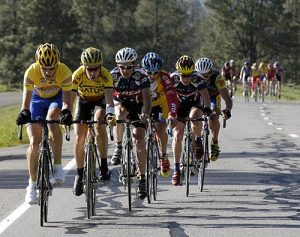 Born and raised in Ketchum, Idaho Cody used his bike as a tool to get around and fell in love with it at an early age. As a ski racer he found mountain biking as a form of dry land training and was hooked.

After high school, Cody moved to Durango, was part of the cycling team at Fort Lewis College, where he received a degree in Business Administration. 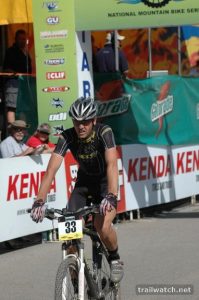 Cody’s serious competing was interrupted by a crash during a training clinic. It left him with some serious injuries that required years of recovery.

Following the crash, Cody and his family needed a change.  So they packed up and moved to the big city, Bend, which was huge compared to Ketchum and Durango! In Bend, they got their wish of living in a town with more opportunities, great riding and great weather—including snow just a short drive away!

Says Cody about his move, “We have had a great time living here.  Made lots of good friends.  Happy to be here.  Every so often we open up a map and ask is there anywhere else we would like to live?  But so far we think we are in the greatest place there is.”

As a member of Linton Horner Coaching, Cody has been an integral part of teaching Virtual Remote Workouts during the COVID-19 pandemic. 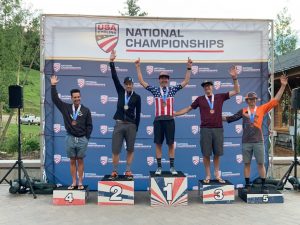