Paul is excited to be joining the team at LintonHorner Coaching!  For the past 35 years, Paul has focused his life around bicycle racing and training. He looks forward to sharing his knowledge with athletes of all levels to assist them in reaching their goals and performing their best when they want to be their best.

“My first cycling event was an extremely hilly Century Tour in the Poconos in 1983 at age of 15.  I remember placing 8th, and the attention I received from the rider who encouraged me to continue racing.  It was the one sport I was good at and it was not very common at the time.  With the help of an Olympian and National Team member, I learned how to train and started traveling to larger events, with the hope of making the Olympics someday.  I had a few solid regional results leading up to the Olympic trials in 1992.  I spent the first year out of college racing full time. I then started employment in the bicycle industry: following my passion for bikes, I managed a bicycle store, which led to a sales position at Avocet (hence the nickname AP).

In my mid thirties I moved to Eugene, Oregon from the Bay Area, California.  The cycling community in Eugene was so welcoming, with a calendar full of road racing which was not common on the East Coast.  So, I transitioned from racing in the streets of the Bay area in large group rides to competing again.  When Nationals came to Bend, Oregon, I placed 4th the first time, then eventually placed 1st two years later—I got the Nationals bug.  In my forties, I really excelled with many overall stage race victories and Top 10 placing in open stages races.  Looking for some diversity, I started cyclocross for fun, which gradually led to all-out racing.  It was a steep learning curve with many crashes along the way.  It took me about three to four years until I started getting the hang of it.  I entered my first Cross Nationals in 2015 and placed 4th followed by a 7th in Louisville and a 3rd in 2019 in Tacoma.

“Over the years as I’ve aged, I’ve meticulously searched for every advantage I could to help me continue to succeed at racing—with a focus on recovery, diet, training and equipment. I enjoy planning that is focused around conquering personal goals with a keen awareness of the changes of aging.”

Recovery has been a big part of my learning, both from multiple injuries racing over the years and the challenges of being over fifty.  I have recently taken interest in strength training after learning about muscle mass loss from aging, and have completed two certification programs at Lane County Community college: Fitness Lifestyle Specialist and Fitness Exercise Instruction, along with an ACSM Personal Trainer Certification—the gold standard of the industry.

I look forward to working with you!”

Paul’s first cycling event was at the age of 15; a Century Tour in the Poconos. He placed 8th and received encouragement to continue racing. This was the beginning of his racing career! 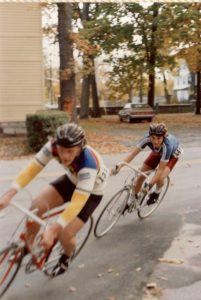 Paul learned how to train through the help of an Olympian and National Team member. During this time, he began traveling to larger events, collecting more and more regional results and building his race record.

After spending his first year out of college racing full-time, Paul followed his passion for bikes into the industry. He managed a bicycle store, and this lead to a sales position  at Avocet. 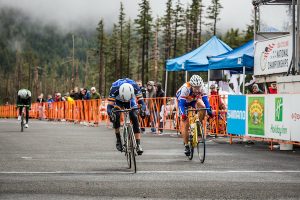 In his mid-thirties, Paul left the Bay Area and moved to Eugene, Oregon and discovered a welcoming cycling community and plenty of opportunities to race! It was during this time that he placed 1st in Nationals in Bend, OR and got the Nationals bug. 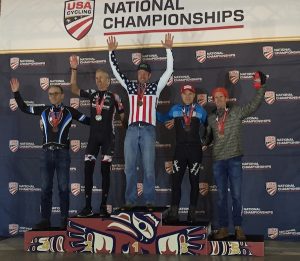 After several years of excelling in stage races, Paul was looking for some diversity and began training in cyclocross. What started out as something for fun gradually led to all-out racing. Paul entered his first Cross Nationals in 2015, placing 4th, followed by placing 7th Louiville and 3rd in Tacoma in 2019. 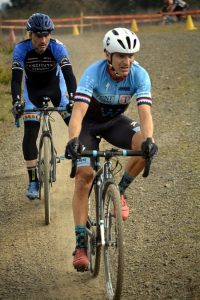 Paul met Anne Linton during a Maui winter training camp, and later began an internship with Linton Horner Coaching while studying for one of his certifications. During this time, he began teaching virtual cycling classes, along with programing workouts. This eventually lead to a full-time position on the team!